National Edu News: Specialised Training Required for Implementing ECCE: Dr Venita Kaul  |  Cover Story: Elimination Round or Aptitude Test- How to Align CUET with NEP 2020 Goals  |  Life Inspirations: Master of a Dog House  |  Education Information: Climate Predictions: Is it all a Piffle!  |  Leadership Instincts: Raj Mashruwala Establishes CfHE Vagbhata Chair in Medical Devices at IITH   |  Parent Interventions: What Books Children Must Read this Summer Vacation   |  Rajagiri Round Table: Is Time Ripe for Entrepreneurial Universities in India?  |  Life Inspirations: How to Overcome Fear of Public Speaking  |  Teacher Insights: Guided Play Effective for Children  |  Teacher Insights: Doing Calculations Boosts Mental Strength  |  Best Practices: Hugging for Happiness  |  Parent Interventions: Is Frequent Childcare Outside of the Family Beneficial for a Child's Development  |  Health Monitor: How to Measure Attention?  |  Life Inspirations: From BC to AC: What Has Changed in Pandemic and What Has Not  |  Guest Column: The Biting Army  |

Master of a Dog House

Why do pets attract attention? Out of my seven years of having dogs, I’ve noticed a few things. I got my first dog, a Dachshund in 2015 and an Indian mongrel and a Labrador in the following years. There were houses with dogs in my neighborhood but none of them had three.  It was funny to see that my pets had turned into a landmark for our house. People always asked me when I played outside, “You are from the house with three dogs, right?” and I couldn’t help but laugh at that.

From a very young age, I noticed how different people react to same situations. My dogs were really loud, they even barked at a lizard who was trying to find its way across the road. So, could they sit still when a human passes by?  I found out that there are three types of people reacting to a dog’s bark.

a) The first type would scream their lungs out or run as if a dinosaur was chasing them. b) The second type would come closer to the dog and try petting it. They may fail or succeed at it.  c) The third type would walk slowly and won’t mind the dog. Out of these, the best option is ‘c’. The dogs would realize that they aren’t being noticed and then will stop barking. This was an important lesson for me because whenever a bully approached me, I would silently ignore them which stopped them from bullying me.

Furry Delight
It was a routine to get my dogs out for a walk as one of them craved exercise and I too had gained some weight sitting at home. So, one morning, I took Lucy, my Labrador out for a walk as she was the easiest to handle. I was planning to go for a long walk, but unfortunately, I couldn’t. When I stepped out of the by-lane, people were staring at me. Oh how flattered I was! Until I realized that it was not because of my beauty but because of the round fur ball standing next to me and wagging its tail. I walked and looking at everyone’s sudden smile as I looked at them. None of them, not even a single one would’ve smiled at me if I was walking alone.  Why do they smile at me or come closer just because I have my pet with me? I was a very curious child and in fact I still am! I finished the walk quicker than usual and didn’t even remove the leash from Lucy’s collar and ran to my father’s work space at home. Seeing that his daughter was sweating and breathing heavily, I wouldn’t be astonished if he was worried. I asked him why people smiled at me when I was walking with Lucy but didn’t smile at me when I was walking alone.

He said pets are innocent and they hold a fascination for people even if they don’t belong to them.  A dog only knows how to love and no matter how much you beat or scold it. In the world we live in, it is impossible for a human to love someone unconditionally. A person with a pet dog is usually considered to be kind hearted and loving like the dog itself. While my father was explaining this, from time to time my mom yelled from the kitchen to untie the leash from Lucy’s collar and give her the medicine for her epilepsy.

Panic over Seizure
Lucy had epilepsy and cardiac arrhythmia. Labradors are prone to such diseases. One day, she had a seizure. She couldn’t move and she would’ve even found it hard to breathe. I was scared, my mother couldn’t pick her up and my father was at office. My mom was panicking and I didn’t know what to do! I sat down next to her and calmed myself because dogs have the best senses, even in identifying emotions. I slowly calmed her down and in a few minutes, she was able to move her legs and hands. I now know that if nothing else works, a calm mind and a gentle loving presence is enough to take half of one’s suffering.   We knew that there wasn’t any point in taking her to the hospital now. A few hours later, I went out to give Lucy her medicine. I screamed and got inside the house and shut the door in front of me. My parents ran to the back door and asked me why I was screaming. All I did was point at the door. My parents gently opened it to find Lucy lying down next to a snake that had its body and head separated. I was shocked to see that Lucy, who was unable to move a few hours ago, was now killing a snake! I’ve noticed that dogs, no matter how unwell they are, once cured, will get back on their feet quicker than any animal that I’ve seen.

Zoe, The Hunter
The oldest and the wisest hunter in my pack was Zoe-the dachshund. She is small and long. It might confuse you, how can something that’s small be the best hunter? It is confidence. She has the confidence to even tackle a snake which is twice her size. One day, we went out for a movie. Zoe was left alone at home as we hadn’t bought the other two.  She was barely five months and was extremely tiny. By the time we came back, Zoe was missing! We started the investigation. Since she was small we searched everywhere. I ended up finding her under a plant with a large mouse. I immediately called my mom and she was shocked too. The mouse that was twice as large as her was lying dead next to her. We found out that she had bitten its neck so deep that it paralyzed it and hence it can’t move its body fast enough to attack her. If size mattered, then Zoe would’ve been injured.

It’s true when people say that pets bring joy and happiness to our life. Zoe made us laugh the most. Whenever we step out of the house, she will pretend to search something or bark at a bird that was probably there for an hour. She would’ve been asleep till then, but the moment she hears the sound of the door opening or see anyone of us at the gate, she will jump out in search of something or the other. This was probably her way of showing her affection towards us. She may have wanted us to believe that she is always guarding the house and keeping us safe.

Solace
Sometimes when I’ve been scolded by my mom, I go sit next to Roshelle-the Indian mongrel. I cry in front of her because I was sure that she wouldn’t judge me.  Roshelle was the only dog in our house to have a nickname. She was called Roshi. Whenever I cried, she would come sit next me and put her paw on mine or even lay on my lap. From that day, I realized that a crying person needs love or the presence of a loving person more than anything else.  I’ve learned a lot about humans, why they react in some ways, how they react and how to respond to them thanks to my dog trio!

Published in Pallikkutam, The Education Observer, May 2022. To read more articles: Subscribe

Diyah Sreekumar is a student of Rajagiri Public School, Class VIII. Her interests are in art, music, pets and dance. 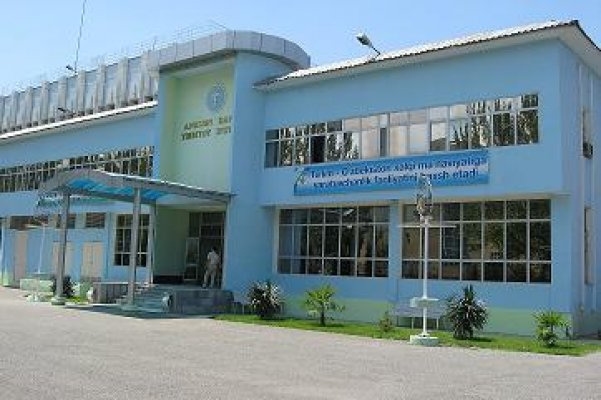 How to Overcome Fear of Public Speakin...
Life Inspirations
We all admire speakers who enthrall the audience with their oratory. In school, students were randomly selected to speak in the Assembly and I used to pray that...

From BC to AC: What Has Changed in Pan...
Life Inspirations
Khyrunnisa A, a children's writer, famous for her comic character Butterfingers,in her introductory remarks at the 80th Rajagiri Round Table held on 16th Februa...

Animal Intelligence: Wisdom of the Cro...
Life Inspirations
Chappati is delicious and the food of choice at any time of the day. What do you do if a chappati is hard? Discard it. That is what most people usually do. Once...

Immersive Exploration
Life Inspirations
Each time I challenge myself, challenge my limits whether physically or mentally, I find I am reaching new heights. That is why I love adventures- Sarah BegumSh...

Happiness (Period.)
Life Inspirations
Among the several interventions made in India to promote menstrual hygiene and women empowerment, the initiative of Jaydeep Mandal and his Aakar Innovations sta...